These delicious cheese triangles - tiropitakia have a filling of feta and gruyère cheese, and pieces of bacon. They are the perfect appetizer or a quick snack. It is guaranteed they will disappear from your table in minutes!

Cheese Triangles - Tiropitakia are the mini version of the classic Greek cheese pie - tiropita. They are usually served as an appetizer or a snack. There are many variations of these mini cheese pies. They are made with phyllo sheets, but puff pastry or a pie crust called courou can be used as well.

What is the filling for tiropitakia?

There are many types of cheese fillings for tiropitakia. The most common cheese used is feta cheese. When Greek cooks make cheese pie or cheese triangles, they usually use whatever cheese combination they have available in their fridge. Feta is a staple in the greek pantry, so using it is a given. Grated kasseri cheese, graviera (the Greek version of gruyere), gouda can also be used.

The filling of these cheese triangles is a mix of feta cheese, gruyere, and cream cheese. Small pieces of bacon and eggs are added in as well.

How to prepare the phyllo sheets

I cut my phyllo sheets into 2.5-inch strips and use 2 buttered strips for each triangle. A full teaspoon of the mixture gets folded into a triangle.

How to fold the triangle

Cheese triangles get baked for 15-20 minutes in a 400°F oven until they are a crunchy golden brown.

You can substitute the gruyère with any cheese you have handy.

Never buy the crumbled feta cheese you find in the supermarket.

If you don't have any bacon, you can use ham or prosciutto.

Because bacon releases extra oil while it bakes, add 2 tablespoons of heavy cream or half and a half to the cheese mixture to make up for the lost liquid.

My phyllo is very dry and crumbles before I get to fold any triangles. What am I doing wrong?

Phyllo sheets need to remain moist until folding. Just use what you need for one triangle at a time and keep the rest under a damp towel to prevent them from drying.

I don't eat meat. Can I leave the bacon out?

Yes, of course. Because bacon releases extra oil while it bakes, if you choose to leave it out, add 2 tablespoons of heavy cream or half and a half to the mixture to make up for the lost liquid.

My triangles ended up being salty. I did not add any salt. What went wrong?

The cheese used was likely salty. Feta cheese can be guilty of that. My suggestion is to soak the feta cheese in a bowl full of water for a couple of hours to remove saltiness. Be aware of how salty are the other cheeses used; for example, if you substitute pecorino romano for the gruyere, your mixture will be extra salty. Also, the bacon used can be a cause of the extra salt. Look for a label that reads "uncured bacon, no nitrates or nitrites added, and is low sodium.

Check out my Greek pantry staples

Cooked this? Rate this recipe! You can also leave a comment below. I love hearing from you!

For the egg wash

Nutritional Info – Please keep in mind that the nutritional information provided is only an estimate and can vary based on products used. 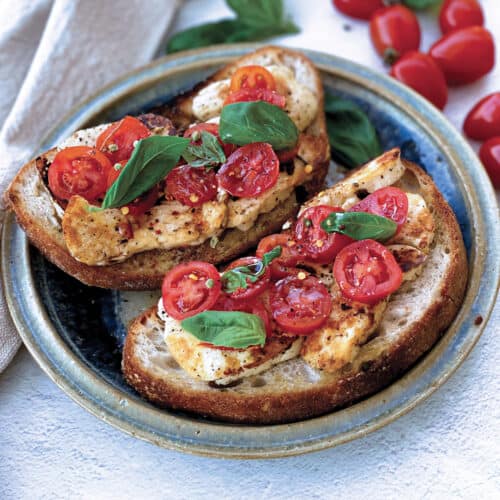 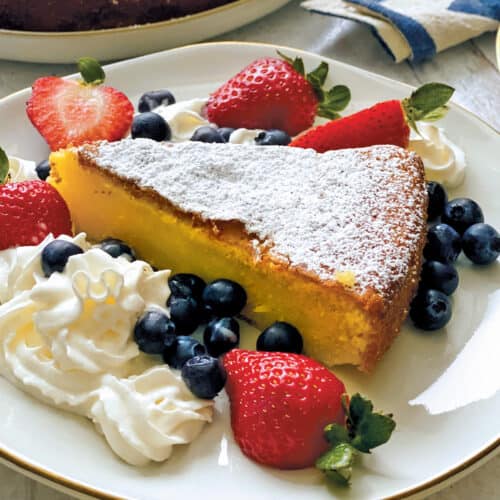 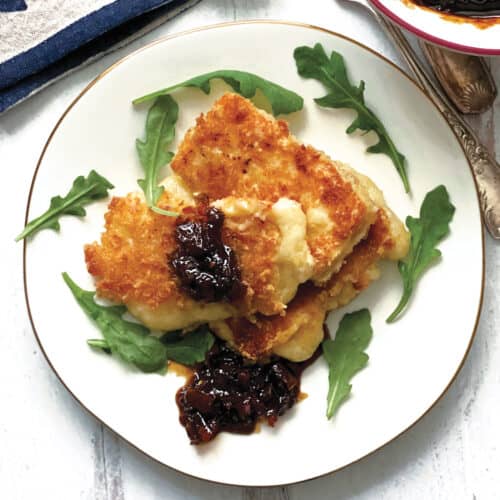 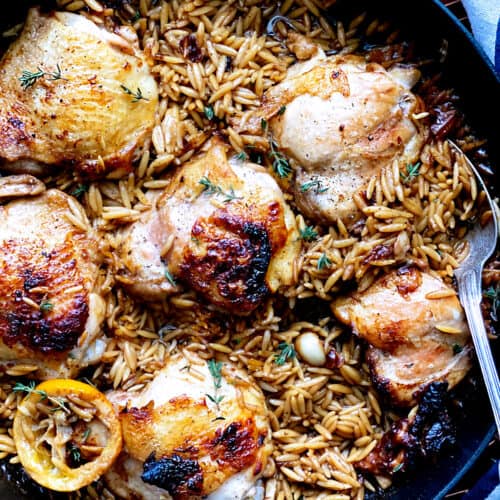 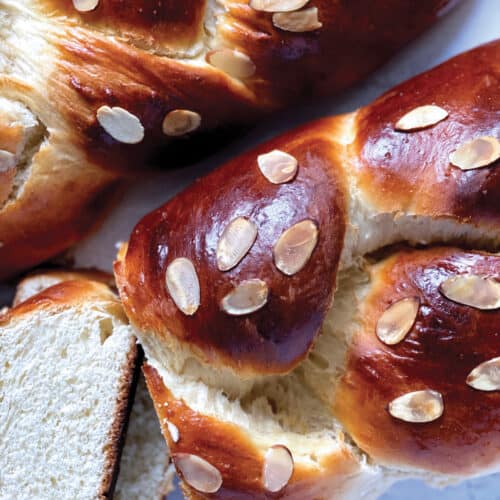 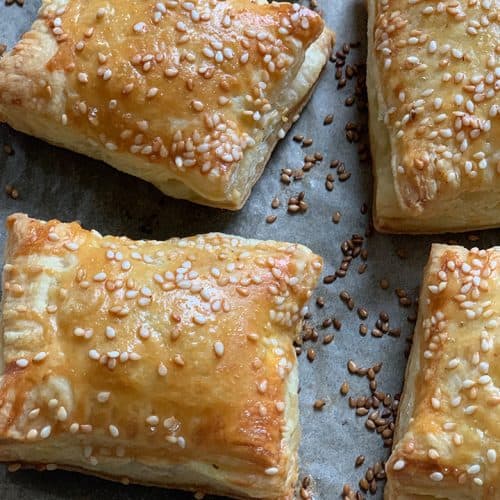 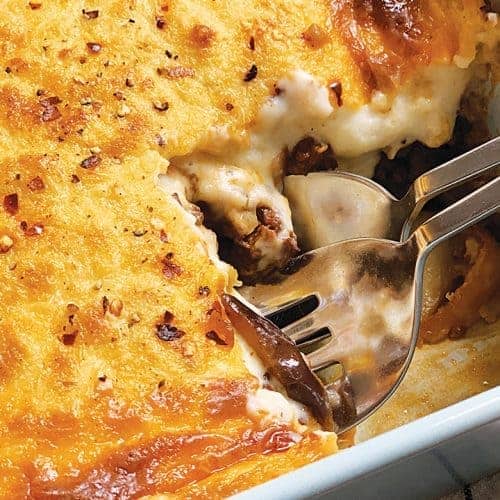 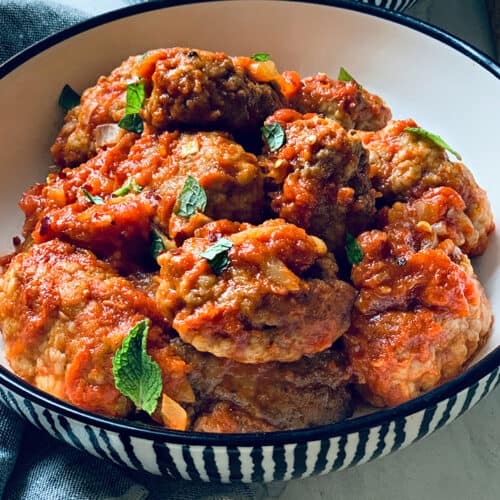 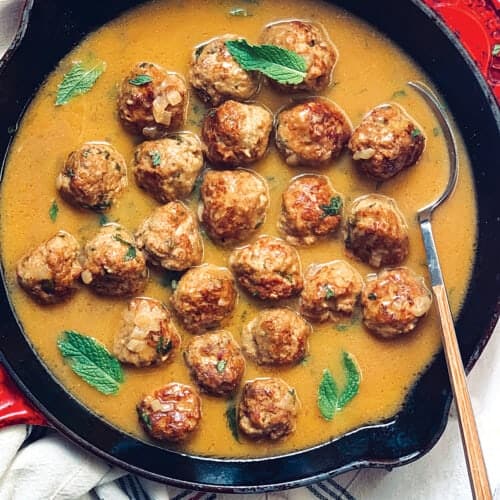 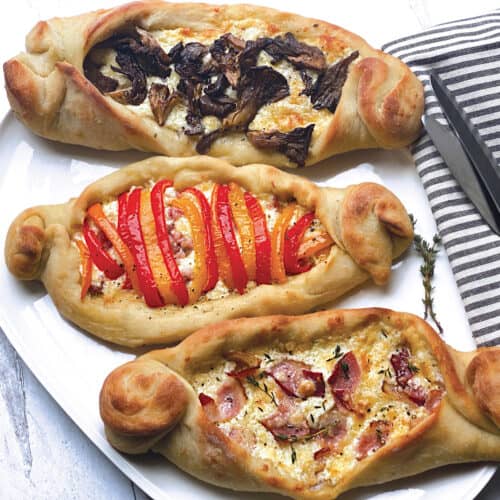